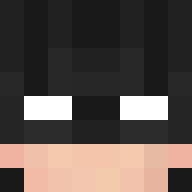 EpicRanchOwner
Minecraft Username: EpicRanchOwner
The staff that banned you: @ShimmyPaw
Reason for ban: Teleport Killing of multiple players
Proof against the ban:
For one, if you are going to even count this as multiple players then it's based on intellectual dishonesty, it was one player that I killed (Which I will explain here in a moment). It really looks like the ban was made as "multiple players" just to make it sound exaggerated. I was told by ShimmyPaw in dm's that Tuliao reported me too, however I don't recall ever even killing him unless he came for me in duty as a police officer, I'd like to see some evidence for that before I explain it. For the actual event, I should not have gotten banned for it at all. Basically, I was showing @icedpops and Sarahii (Not sure of your forums name) my plot "ranch". While I was showing them ranch, I saw iJayx's nametag on ranch, and I told him to leave. He didn't leave, so I, of course, killed him. He then proceeded to /BACK after I killed him and told him to leave, and told me it was a tp kill. For one, I told him to leave and he didn't, I had a full right to kill him at risk of being arrested. Second, he did not tp to me and I did not tp to him. In the tp kill rule, it says,
"
Teleport killing
- Do not use the /tpa command, /find, /as tp, etc. to teleport players and kill/ trap them or others nearby. [7 day ban]
"
I did not trap him in any way using /find, /as tp, or any other command of the such. He teleported to someone at the house and I did not want him there at ranch, however he didn't listen and continued jumping around. Even if you were to humor the argument that it was still a tp kill, I did not know that he even teleported to someone because I figured he had gone to bob island and went to the ranch, because no one asked my permission for him to tp and come to ranch. Again, humoring the argument that it is a tp kill (Which I've already disproven), I was not told that he did tp at all, so how could I be penalized for it considering the fact that he didn't tp to me or vice versa. It doesn't fit the description for the tp kill rule, and you can't use the excuse of common sense because I just proved that saying that has no grounds.

icedpops
I support him on this, iJayx had come to the Ranch without his permission, which is trespassing. @BatPando asked him to leave kindly, and he refused so obviously he killed him, I feel this is unfair to him as iJayx was the one trespassing on his plot. 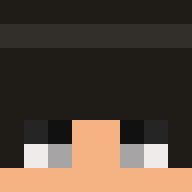 iJayx
First of all, The chat was going to fast, I didn't get to read anything. The only thing I read was jhay, and I typed what. He didn't give me time to do anything. Second, u lied, because I never did /back. If I even did /back, you would kill me again, which you never stated. YOU killed me once. I mean I have evidence, so yeah... I would never do this to death, bray, nor Shiba, because you know why? Sometimes they treat people with respect, you on the other hand, not so much. They treat me with respect, if they tp-killed me, I wouldn't have reported and I told Death this.

EpicRanchOwner
Ok for one, you did do /back, and I killed you twice, but that's irrelevant. Second, what does respect have to do with anything? Responding and saying you reported me because I don't give you respect doesn't make your report valid in any means. The evidence matters, and your evidence could not have been sufficient considering the fact that, as I have stated, you never teleported to me and I never teleported to you. Besides, even if you didn't see me say to leave, that doesn't make it a tp kill. You teleported to a different person, and I didn't want you on my property, and that doesn't fit the requirements for a tp kill, your report is based on false premises and you just wanted me banned because you got salty.

iJayx
You never killed me twice. Second, I was never salty, I had to deal with you a lot, and if i was salty this would have been done a longggg time ago. Its a tp-kill, I teleported to a person, and I got killed. I have proof of you killing me once, i never came back to your place, because you didnt want me there.

iJayx
I couldn't fly right into your house, because your doors are always closed. I was in the basement, dark and I didn't know what to do. I tpa to sarah because you was giving them a tour, and I was like hm I wanna see the inside of your home, because I actually liked the style of the whole plot. One of the staff members thought it was a tp kill, but didn't know if I flew there or not. I told them I didn't fly there. Look, I don't want to argue, but I just wanted to let you know dude you gotta be more nicer or stuff like this wont happen to you. People that have tp-killed me and they was nice to me, I let slide. This is irrelevant, but I just want you to treat me better, and other players too. You have been so mean, and I try to be nice. I did this because u was walking on me, and I was treating you better than how you treat me.

EpicRanchOwner
So if it has nothing to do with the ban then dm me on discord, don't comment on here

ShimmyPaw
I’m sorry for my late reply on this. @BatPando, I’ll be sending you the evidence Tuliao sent me and the other staff members so that you can include that into your appeal, as well. It was an error on my behalf for not sending you that, which I apologize for, but discrediting me due to a mistake is wrong. I’ll ask higher staff to review this appeal once Discord decides to send these photos.

trump15024
In the screenshots reported, there was no evidence of combat tag which is needed for a ban to take place for tpa killing. It is hard for players to know when someone tpaed to an area, so its important for there to be a definite knowledge that someone had tpaed.


BatPando said:
I did not know that he even teleported to someone because I figured he had gone to bob island and went to the ranch, because no one asked my permission for him to tp and come to ranch.
Click to expand...

The appeal will be accepted. However, its important next time you ask the player if they tpaed before killing them.

We hope to see you online soon!